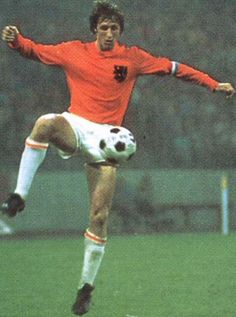 Johan Cruyff was one of the greatest players and coaches in the history of football. His impact is still felt today through the FC Barcelona side of recent times, described as arguably the best ever. He has been credited for putting the foundations for their success whilst Head Coach at the club in the early 1990s. In the obituaries following his death there were numerous tributes written that covered this and his other achievements.

However, what wasn’t mentioned in any of these was his relationship with, and appreciation for, the game of futsal and the possible impact it had on him. He described the game in an interview exclusively on futsal as “spectacular”. This article will look at the connection between Cruyff and futsal, including some of his words on futsal that have rarely been seen.

The intricate style employed by the current FC Barcelona football team has been said to resemble futsal; the utilisation of short passing, playing in between the defensive lines, using positional rotations, deploying constant switches of play to attack the weak side of the defence, high pressing to set up quick counter attacks and the fact that they have players who both manipulate the ball with the sole of the foot and use the toe poke finish.

The source of many of these concepts is the philosophy implemented by Cruyff while he was coaching the Barcelona squad that would become known as the “Dream Team” in the 1990’s. Of that side, Cruyff said “it appears that FC Barcelona play futsal on a big pitch.”  The current side is an evolution of the style he first introduced. As Pep Guardiola said during his tenure leading the team “Cruyff built the cathedral, our job is to maintain and renovate it.” 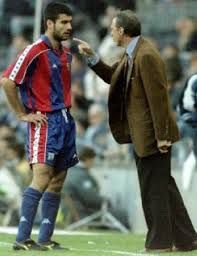 Cruyff’s ideas were formed through the experiences he had during his career and the constant questioning and analysis that formed an innate part of his character. Some of those experiences involved futsal. He was always a fan of the game, playing futsal throughout his career in Holland, Spain and USA. After his retirement from playing, his relationship with futsal didn’t stop as he continued to play occasionally and regularly watched the game on television.

Going back, one of Cruyff’s first influences was the legendary Dutch coach Rinus Michels, who was famed for what became known as “Total Football”.  As well as success working together at club level in both Holland and Spain, Cruyff and Michels took Holland to the World Cup final in 1974, notably losing in the final, but still earning recognition as one of the greatest teams of all time.

Talking about their style at the time Cruyff said ”I think everyone should be able to play in all the different positions on the field.” He went on to say that “the special thing about the Dutch team is movement. Everyone moves. That’s the basis of it.” These characteristics are also critical in futsal where constant movement and inter-changing of positions are used to find and create space; something which is at a premium in the 5-a-side game. With such success playing in this way early in his career it is no wonder he was such a futsal enthusiast.

Later, when he became a coach, his favourite training exercise was known to be a two-touch possession game which used an area half the size of the penalty area, with two floaters on the outside and a 4v4 in the middle. This exercise is a type of small sided game using a reduced space which forms the basic premise of the Spanish futsal training methodology. The two-touch limit encourages the fast ball circulation familiar in futsal; this being an essential part of the game in order to be able to break down an organised defence. Whether what he had seen in futsal influenced his preference for this type of training is not clear. 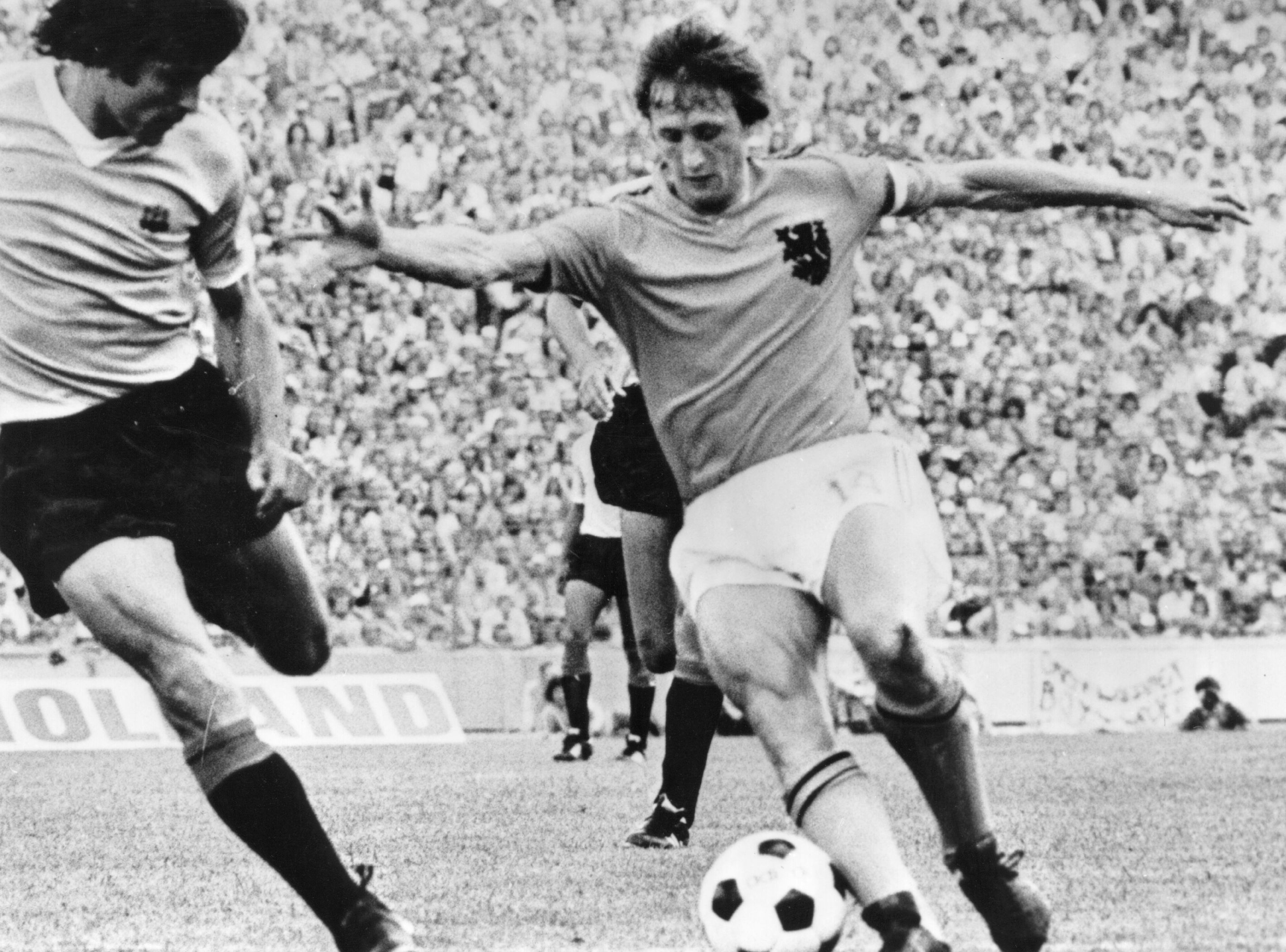 Cruyff prescribed this training method at every level at FC Barcelona, from the youth sides to the 1st team, as he saw it as essential in order to support his playing philosophy that has become part of the club’s identity. He recognised the benefits that training in tight areas offered; “In a small area, the movement is necessarily fast and passes must be pinpoint.” This form of training would later help Spain win the 2010 World Cup as the basis of their squad was trained at Barcelona in this way.

Cruyff witnessed the effect futsal training could have on a football player. When asked to name the best player he worked with he responded “it has to be Romario. His technique was extraordinary. Curiously, most of his goals were toe-pokes.” It comes as no surprise that the 1994 World Player of the Year developed these abilities on the futsal courts as a boy in his native Brazil. Cruyff mentioned how futsal presented frequent 1v1 situations and this led to the development of amazing technique and skilfulness. He identified Michael Laudrup as a player who would be successful on the small court and how Laudrup had played the game with his brother (an ex-Rangers star who played for Denmark in the 1989 FIFA Futsal World Cup).

However, Cruyff also recognised there were limitations to what futsal could teach in the development of football players. He noted that a futsal player would have difficulty understanding the need for the long pass in the 11-a-side game and, for that reason, would not always choose the right option on the much bigger 11-a-side pitch. He summarised his thinking on the two sports by stating “football is a sport of combination play, and in futsal also, but less. There are more individual players in futsal.” 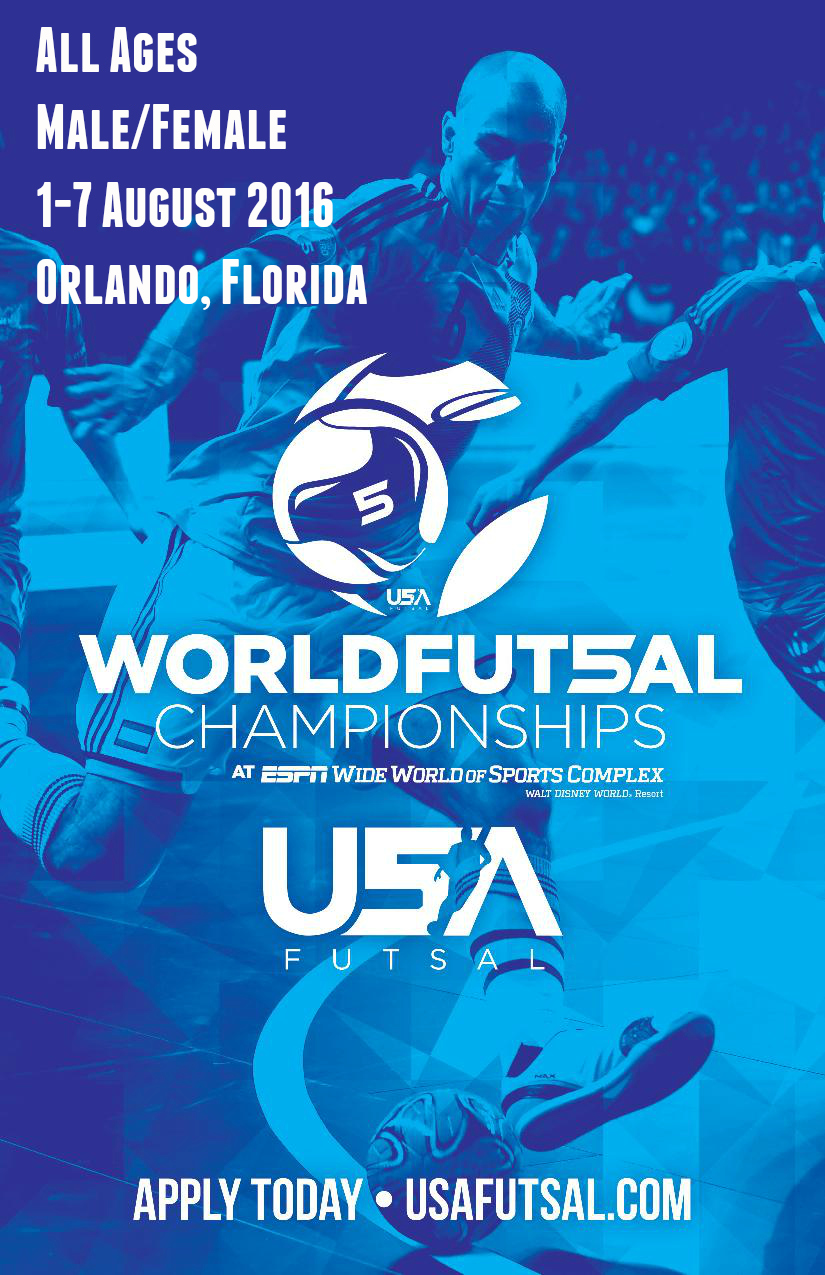 He was clear on the fact that the two sports were distinct; “it is totally different, even though they share the same origin. Tactically they can’t be compared. In futsal, fewer errors are allowed, because if one is committed it always causes danger.” He experienced this first-hand when he played against the then amateur FC Barcelona Futsal Team with a collection of ex-Barcelona football players. He explained “we had the ball 80 to 100 times more than them, but they hammered us. They took advantage of our errors to score one goal after another against us. They gave us a good hammering.”

He was a visionary and, back in 1992, saw futsal had a lot to offer for both those that practised the sport and spectators of it. When asked about whether the game had a future he responded with an unambiguous “of course!” before elaborating; “it has two very important features; it has a spectacular nature and it is  a fun sport, hence the large numbers that play it. The scores of 6-8, 8-8…that is spectacular. Goals are enjoyed by the player and the spectator.”

No-one knows quite how much futsal impacted Cruyff’s philosophy but we know for certain he was a huge fan of the game and was always questioning what he saw and experienced. With that it would be hard to conclude that it had no influence on his ideas and, through him, played some part in the creation of arguably the greatest football team in the history of the game.

Are you subscribed to receive articles directly to your inbox? If not, register below.