Futsal in 2016 From My Viewpoint

The last day of 2016 was also the final day of the World Futsal Cup where I was the Tournament Director for the 2nd edition running. The coincidenc 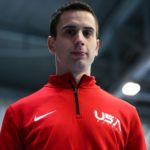 e of these two days made me reflect on a year where I have been involved in several futsal events around the world in a non-playing capacity.

The first was a month in Dallas, Texas working with USA Futsal which included setting up the first high school futsal tournament in the country and some collaborative work with America’s Professional Futsal League. In the summer I was Technical Commissioner for the inaugural Premier Futsal league in India which received worldwide publicity. From there I travelled to Orlando, Florida to be the Tournament Director for the World Futsal Championships that take place every August. I did some more TV commentary work for Eurosport on the UEFA Futsal EURO and FIFA Futsal World Cup. Plus I did the same for Premier Futsal which had global coverage including for BT Sport in the UK.

When I first got into futsal over 10 years ago I never imagined it would lead to such opportunities but it shows how much futsal has grown and what it can offer if you dedicate yourself to the game. It has been a hectic year arranging this around playing full-time but, on a personal level, it has really been worth it as I have increased my knowledge of the organisational and commercial side of the sport. I should be coming to my best years as a player but I am conscious that I will need to focus on building a career after I stop playing full-time. My objective is that this will be within futsal and getting involved in these events will hopefully help me achieve this.

The World Futsal Cup in Barcelona was a nice way to close 2016. It was the 5th edition (the 3rd I have been involved in) and it was the year that the competition really cemented its place as the world cup for youth teams. The level of play is very high and renowned clubs such as FC Barcelona, Benfica, Corinthians, Inter Movistar and Santos have all participated.

The competition was created by USA Futsal. To organise such a prestigious competition in another continent is a huge accomplishment for the organisation and its president and founder Rob Andrews. It has had many achievements in its short history including organising the Intercontinental Futsal Cup in 2013 in the States, with the world’s best clubs, which was their second ever event. Another is enabling hundreds of players to play against top clubs including some being chosen to go on trial with FC Barcelona. Their aim is to provide high quality futsal experiences in all their various numerous programmes and events which I really admire.

Being involved in futsal has been so rewarding and I want as many people as possible to experience this wonderful sport. So many are missing out by having never experienced futsal, whether as a player, coach or spectator as nearly everyone who has would agree. Most who play, coach or see futsal become very passionate about it but many have never had that chance.

This has to addressed through providing authentic futsal experiences and growing the game. This is how the sport will fulfil it’s immense potential. It is still in it’s nascent phase, comparable to the tech industry 30 years ago. As was essential there, it will require projects led by visionaries who can turn big ambitions into reality such as USA Futsal and Rob Andrews.

The World Futsal Cup is not only for well-known clubs. Anyone can apply which gives the opportunity for teams from developing futsal nations to compete at the highest level. Many of these are doing equally great work at the youth level as even in less established futsal countries there are some excellent setups. Even so, with a lack of competition at home, they typically struggle in their first year. They are always much more competitive when they return which shows how facing challenging opponents is fundamental for improvement.  The progress made in other regions has been reflected in the results at The World Futsal Cup.

Two clubs in particular stood out for me in the fifth edition. Firstly, Bardral/RAD from Japan who, though they didn’t reach the final in any of the three categories they competed in, produced impressive performances throughout. They had a close fought semi-final in the Juvenil category (U19) against eventual champions Corinthians in which they were leading for the whole of the first half. What surprised me most about their teams was their tactical level which was one of the best in the competition. Game understanding is often what is lacking outside the main futsal nations rather than technique, the development of the latter not as dependent on high level competition and knowledgeable coaching. Their coach Kensuke Takahashi, who played in the Spanish 1st Division for several seasons, probably has helped them a lot in this aspect. Japan certainly is a nation to watch out for in the future. 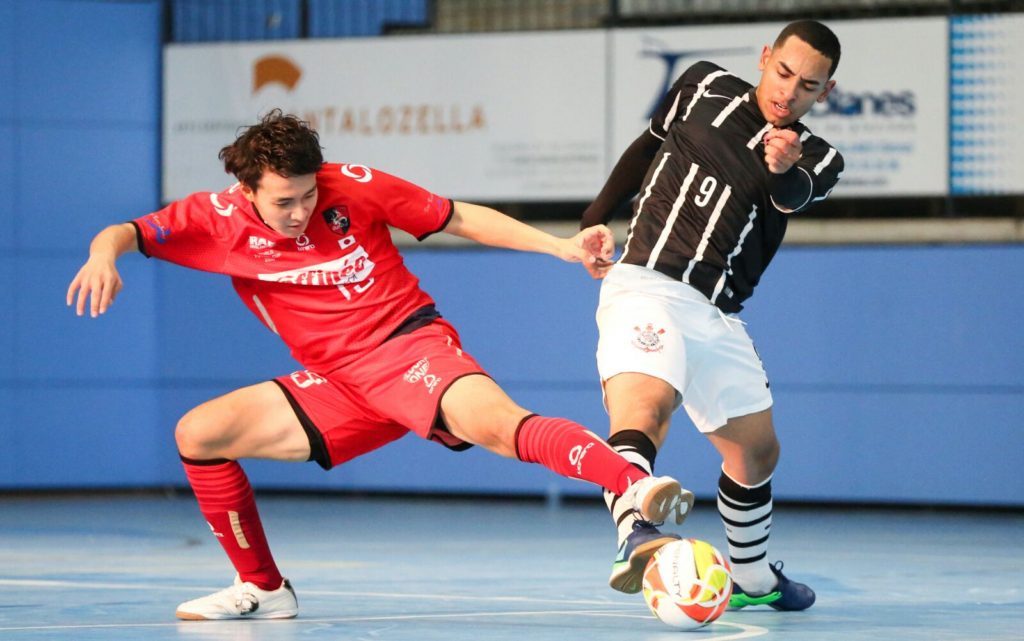 The other stand out was Olé Futsal from London who won the Alevin division (U12) by beating FC Barcelona in the final and came runners-up to Santos in the Benjamin division (U10). In England, we are justifiably critical of our talent pool. However, Ole demonstrated that if you have the right setup, the raw materials are as good as anywhere else. The amazing thing is they have achieved this without having access to a regular competition and the challenge is just to find competitive friendly matches.

Not only does that hinder the players’ development but increases the difficulty of maintaining the players’ commitment to futsal when they have so many other choices. Lack of competitive competition at every level in England is really hindering player development and is noticeable all the way up to the national team. I hope that the results in Barcelona are a sign that there is a strong generation of English players that will come through in the future.

This search for a competitive environment is why 2016 also saw me sign for Futsal Dinamo in Croatia where there is one of the strongest championships in Europe. Coincidentally, I helped Olé Futsal to go out there in the summer as they searched for games that would challenge their players. Croatia has a very vibrant futsal culture that is not so well known internationally. In the past I have assisted players, coaches and clubs t0 spend time there through Futsal Week, another organisation run by passionate and ambitious futsal people. They have always told me how worthwhile an experience it was and I will try to continue to do this going forward.

At the end of 2016 I see two different trends in the development of futsal. The first is the elite level is still struggling to progress as would be hoped though there has been some good signs this year.  The good news is I still see the impressive growth rates of recent years in participation and interest being sustained in the youth and grassroots game. Obviously, they are not unconnected and both of these are needed to spread the sport as fast as possible. Having an attractive elite level will attract more to the grassroots game. The most loyal fans or consumers of any sport are those that played the game growing up so the foundations under the surface to support a professional and sustainable elite level continue to develop. I look forward to following, and trying to contribute, to futsal’s development in 2017 and beyond!